skip to main | skip to sidebar
Welcome to Birds & Beer Extra. A cynical ploy to gain more bandwith for photos and to try to not dissuade people interested in Norfolk birding from giving up reading a load of irrelevant stuff.

If you have arrived here directly, I'd advise checking out my main blog http://jamesbirdsandbeer.blogspot.com/. If you intended to come here, wow, thanks!


By no means a wildlife holiday, we still managed to see some interesting bits and bobs in between attractions. In the garden of Dove Cottage, once home to William Wordsworth, we saw some small white larvae. Luckily I recognised the food-plant as Solomon's Seal, and a quick google turned up the culprit - the sensibly named Solomon's Seal Sawfly larvae. 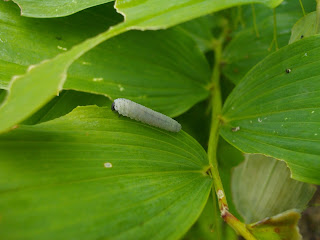 Walking around a nice zoo called Lakeland Oasis, Cathy noticed this fungus growing on one of the fences. It is one of the Gloeophyllum species, probably G. sepiarum. 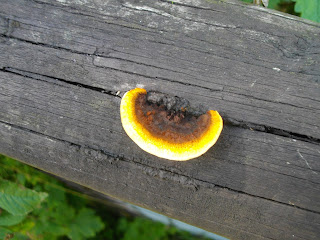 This yellowy-green lichen was common on the dry stone walls. I think it is Rhizocarpon geographicum, although I am open to suggestions. 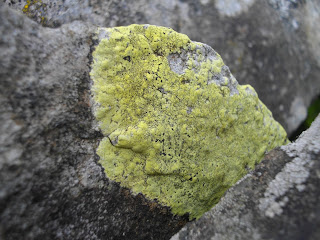 This moss also caught my eye - I haven't found out what it is yet though. 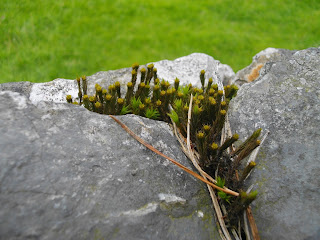 This is Touch-me-not Balsam, growing at Muncaster Castle. It is the food plant of an uncommon moth called the Netted Carpet. I did have a look for any resting moths or caterpillars, but couldn't find any. 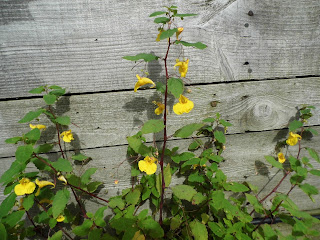 In several places on our trip Swallows and House Martins were still feeding young. These three newly fledged Swallows were at Muncaster Castle. 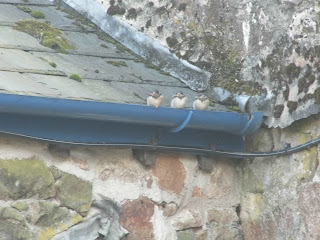 There were lots of ferns, many of which I need to have another look at. Of the ones growing on walls, Rustyback Fern was common, unlike in Norfolk. 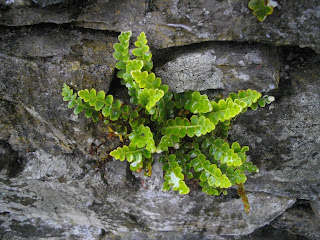 Wall Rue was also common, along with Black Spleenworth, Maidenhair Spleenwort and Hartstongue. 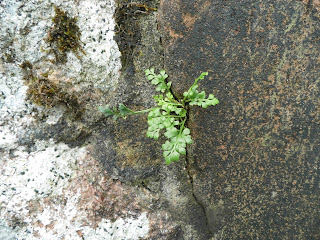 At Muncaster Castle they put fish out every afternoon to attract herons from the local heronry to come down to the castle mound. We got there just after the feed and around fifteen were still in the area. Some just stood stock still, whilst others jousted for position long after the fish were gone. 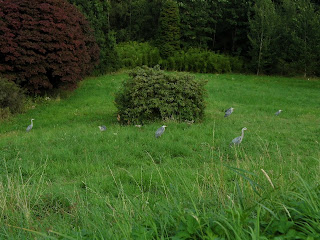 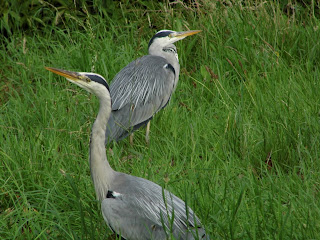 Mid August was too late in the season for several of the rare Lake District butterflies, however I thought that there should still be some Scotch Arguses on the wing. We headed up a windy road to the NT reserve at Arnside Knott, and slowly made our way up the limestone slopes towards the summit. Initially the signs weren't good, particularly when I met a local man who said that they had emerged early this year, and I would be lucky to see any. Luckily the Arguses weren't standing for this slander, and two flew past us! The first was very tatty, but the second was in better shape. We went on to see another three, including a very dark male. We also saw an Antler Moth on Ragwort, a Grayling and several different grasshoppers. 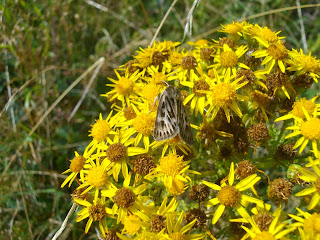 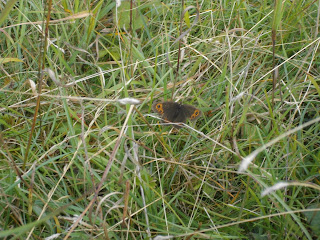 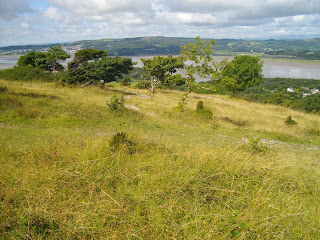 James Emerson
I am a Norwich-based naturalist, with a particular interest in birds, larger insects and fungi. I can frequently be found at my local patch, Whitlingham C.P.